Tim Reddish met and married Anne when they were university students in Manchester, England, and Philip is their son. They moved to Canada in 2002 where Tim was a professor of physics at the University of Windsor. In 2011 he resigned to study theology at Knox College, Toronto, and he is now the minister at St. Andrew's Presbyterian Church in Amherstburg, Ontario. Tim has remarried and enjoys being a stepdad to four children. He is the author of Science and Christianity (2016). 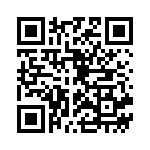