'The Major Works of Samuel Taylor Coleridge' contains many of his greatest poems, including the famous epic 'The Rime of the Ancient Mariner'. Coleridge was an English poet (1772 - 1834), of the ... Read full review

That willing suspension of disbelief for the moment, which constitutes poetic faith. Samuel Taylor Coleridge. Although this is a very short selection I have taken my time to savor each of its poems ... Read full review

Samuel Taylor Coleridge (1772-1834) was born in Ottery St Mary, Devon, the youngest son of a clergyman. He was educated at Christ's Hospital School, London, where he began his friendship with Charles Lamb, and Jesus College, Cambridge. He first met Dorothy and William Wordsworth in 1797 and a close association developed between them, issuing in their groundbreaking joint-publication, Lyrical Ballads, in 1799. Coleridge subsequently settled in the Lake District , and thereafter in London, where he lectured on Shakespeare and published his literary and philosophical theories in the Biographia Literaria (1817). He died in 1834, having overseen a final edition of his Poetical Works. As poet, philosopher and critic, Coleridge stands as one of the seminal figures of his time.

James Fenton was born in 1949 and graduated from Magdalen College, Oxford in 1970. His poems were collected in Terminal Moraine (1972), The Memory of War (1982), Children in Exile (1983) and Out of Danger (1994). His Selected Poems have been published this year (that is, 2006). His lectures, delivered as Oxford Professor of Poetry, were collected in The Strength of Poetry (2001). An Introduction to English Poetry appeared in 2002. His essays art history were collected in Leonardo's Nephew (1998). This year he has also published a history of the Royal Academy. 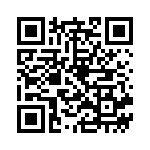