Sir Arthur Thomas Quiller-Couch was born on November 21, 1863 at Bodmin in the county of Cornwall, England. His sisters, Florence Mabel and Lilian, were also writers. While attending Trinity College, Oxford he wrote Dead Man's Rock under the pseudonym "Q" in 1882. He moved to London that same year. He wrote The Astonishing History of Troy Town (1888) and The Splendid Spur (1889). He married Louisa Amelia on August 22, 1889. They had two children; daughter Foy and son Bevil. Bevil died in Germany during the flu epidemic of 1919. While in London, Quiller-Couch took up journalism and was assistant editor to Cassell Publishing's Liberal weekly "The Speaker". In 1891 he and Louisa settled at their home 'The Haven' by the sea at Fowey in Cornwall, upon the advice of his doctor. His love of yachting and rowing led to his being appointed Commodore of the Royal Fowey Yacht Club in 1911 until his death in 1944. Quiller-Couch spent much of his time on the Oxford Book of English Verse 1250-1900 (1900), The Oxford Book of Ballads (1910), and The Oxford Book of English Prose (1923). During his years in Cornwall he held a number of offices and participated in many committees, advocating system reform. This led to his being knighted in 1910. In 1912 until his death Quiller-Couch was appointed professor of English literature at Cambridge University. He published many of his lectures that were popular, including On the Art of Writing (1916) and On the Art of Reading (1920). On May 12, 1944 died of mouth cancer at his house in Fowey. 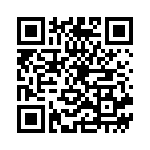