Page 52
It is the physical place, its tangibility and, as we shall see, its negotiability, which
join the past to the present and provide a sense of history, continuity, and identity.
Although anthropologists have long been interested in peoples' pasts and in ...
Page 367
Hypothesis 2: Where the sororate, conceived as a right or duty to enter into
sororate marriages, is expressed in step-bifurcate collateral terminology for aunts
, a marriage ceremony and/or marriage transaction will be present at these
marriages, ...
Page 368
This variable was coded present if first marriages were accompanied by a non-
economic action, or group of actions, which was called a marriage ceremony by
the ethnographer, or which was said to establish the marriage. The variable was
... 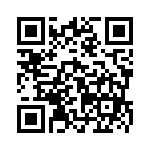