Patrick Lee is Director of the Bioethics Institute and Professor of Bioethics at Franciscan University of Steubenville. He is the author of Abortion and Unborn Human Life (1996), and his articles and review essays have appeared in American Journal of Jurisprudence, Bioethics, Faith and Philosophy, Philosophy, The Thomist, International Philosophical Quarterly, and other scholarly journals, as well as popular journals and online magazines.

Robert P. George is McCormick Professor of Jurisprudence and Director of the James Madison Program in American Ideals and Institutions at Princeton University. He is a member of the President's Council on Bioethics and the Council of Foreign Relations, as well as a former member of the US Commission on Civil Rights. He is the author of numerous books, articles, and essays, including In Defense of Natural Law (1999) and The Clash of Orthodoxies (2001). He has also written for the New York Times, Washington Post, Wall Street Journal, First Things, the Boston Review, New Criterion, and the Times Literary Supplement. 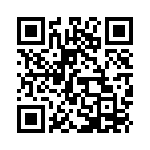