Timur Kuran is Professor of Economics and Law, and King Faisal Professor of Islamic Thought and Culture, at the University of Southern California. His books include Private Truths, Public Lies. 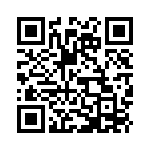