This book is a great introduction to the study of the chicago school of criminology. I highly recommend it as a valuable resource for anyone studying criminology or sociology!

Morris Janowitz was an American sociologist educated at the University of Chicago. As a student of many Chicago School theorists, he was most interested in the process of communication and its role in establishing a sense of community. Prejudice was another lifelong interest. During World War II, Janowitz worked as a propaganda analyst for the U.S. Department of Justice. He is best known for The Community Press in An Urban Setting (1980), his early study of the role of newspapers in establishing a sense of community. This work combined his interest in the press as an agent of solidarity with his concern about the perpetuation of prejudice. 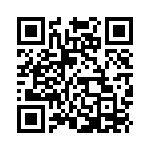