Page 6
Bukovina went to Romania, Chernivtsi to Czechoslovakia. Poland, ostensibly
fighting the Bolsheviks, frequently attacked the army of West Ukraine, and
eventually took the rest of Galicia by force. The remnants of the western
Ukrainian army ...
Page 7
army that was pro-Russian but also anti-Bolshevik. The two forces brought
Petlyura down by the end of 1919, and the UNR was no more. Shortly thereafter
the Ukrainian Soviet Socialist Republic was declared the sole government for all
...
Page 173
... 121 Ukrainian Culturological Club, 12 Ukrainian Helsinki Group for the
Implementation of the Helsinki Accords, 1 1, 12 Ukrainian Insurgents' Army, 4, 8,
10 Ukrainian National Assembly, 18 Ukrainian National Party, 1 8 Ukrainian
Nationalist ... 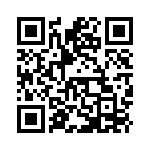