Page 87
But distant anvil clouds and cumulo - nimbus herald the separate weathers of the
lake basin , and by late spring the plains animals are already moving down the
drainage lines that flow west toward the woodlands . In November , when the ...
Page 105
But one calf older than the rest sprang away before the dog and made a brave
run across the plain in stiff - legged long bounces , known as “ pronking , ” in
which all four hooves strike the ground at once . Like the electric flick - ering of
the ...
Page 107
I could still see it — I can still see it to this day — a thin still thing come to a halt at
last on the silent plain . The unseasonal rains of late January continued into
February , falling mostly in late afternoon and in the night ; many days had a high
...

Peter Matthiessen was born in Manhattan, New York on May 22, 1927. He served in the Navy at Pearl Harbor. He graduated with a degree in English from Yale University in 1950. It was around this time that he was recruited by the CIA and traveled to Paris, where he became acquainted with several young expatriate American writers. In the postwar years the CIA covertly financed magazines and cultural programs to counter the spread of Communism. While in Paris, he helped found The Paris Review in 1953. After returning to the United States, he worked as a commercial fisherman and the captain of a charter fishing boat. His first novel, Race Rock, was published in 1954. His other fiction works include Partisans, Raditzer, Far Tortuga, and In Paradise. His novel, Shadow Country, won a National Book Award. His novel, At Play in the Fields of the Lord, was made into a movie. He started writing nonfiction after divorcing his first wife. An assignment for Sports Illustrated to report on American endangered species led to the book Wildlife in America, which was published in 1959. His travels took him to Asia, Australia, South America, Africa, New Guinea, the Florida swamps, and beneath the ocean. These travels led to articles in The New Yorker as well as numerous nonfiction books including The Cloud Forest: A Chronicle of the South American Wilderness, Under the Mountain Wall: A Chronicle of Two Seasons of Stone Age New Guinea, Blue Meridian: The Search for the Great White Shark, The Tree Where Man Was Born, and Men's Lives. The Snow Leopard won the 1979 National Book Award for nonfiction. He died from leukemia on April 5, 2014 at the age of 86. 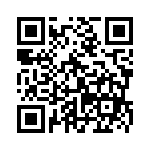