Jeffery Donaldson is the author of five previous collections of poetry, most recently Slack Action (Porcupine’s Quill, 2011), which was shortlisted for the Hamilton Arts Council Literary Award for Poetry. Palilalia (McGill-Queen’s, 2008) was a finalist for the Canadian Author’s Association Award for Poetry. Donaldson has also written works of criticism on poetry and metaphor. He lives in Hamilton, Ontario, where he teaches poetry and American literature at McMaster University. 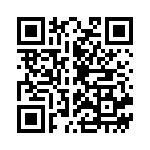