Kenneth Sherman was born in Toronto in 1950. He has a BA from York University, where he studied with Eli Mandel and Irving Layton, and an MA in English Literature from the University of Toronto. While a student at York, Sherman co-founded and edited the literary journal Waves. From 1974--1975 he travelled extensively through Asia. He is a full-time faculty member at Sheridan College where he teaches Communications; he also teaches a course in creative writing at the University of Toronto.

In 1982, Sherman was writer-in-residence at Trent University. In 1986 he was invited by the Chinese government to lecture on contemporary Canadian literature at universities and government institutions in Beijing. In 1988, he received a Canada Council grant to travel through Poland and Russia. This experience inspired several of the essays in his book Void and Voice (1998). Sherman, author of the acclaimed Words for Elephant Man, and The Well: New and Selected Poems, lives in Toronto with his wife, Marie, an artist. 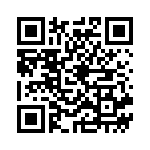