Ten years of essentially unrevealing letters from a formative period of the poet and novelist best known for All the King's Men and as the first Poet Laureate of the United States. This first in a ... Read full review

These personal unpublished letters of Robert Penn Warren (1905-89) add immeasurably to what is already known about this respected and prolific author. As an undergraduate at Vanderbilt, Warren was ... Read full review

Page vii - Condenses on them, on oiled wood, on metal. Dew whitens in darkness. I lie in my bed and think how, in darkness, the masts go white. The sound of the engine of the first fishing dory dies seaward. Soon In the inland glen wakes the dawn-dove. We must try To love so well the world that we may believe, in the end, in God.
Appears in 31 books from 1912-2008 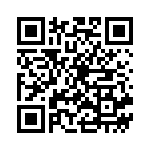