A seriously funny and heart warming book
Kevin Smith is more than just dick and fart jokes; this we've seen (chasing amy etc...), but it really comes through in this book. If you like Kevin Smith in the slightest you will love this book. Beyond that though, you can still connect to it, but its just easier if you like him already. I wouldn't say that the book inspired me, but it was a great read. It was funny, smart and well written.

A writer, comedian, podcaster, and film director, Kevin Smith has written and directed numerous films, including Clerks, Chasing Amy, Dogma, and Red State; authored Silent Bob Speaks, Shootin’ the Sh*t with Kevin Smith, and the New York Times bestsellers, My Boring-Ass Life and Batman: Cacophony. He can be heard daily at Smodcast.com, a vast network of podcasts. His body and belongings may be found in Los Angeles, but it’s a well-known fact that Smith actually lives on Twitter. 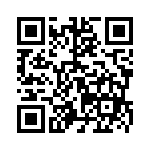