One of the country’s leading writers on organized crime, Jerry Langton is a journalist and the author of eleven books, among them several national bestsellers, including The Hard Way Out (with Dave Atwell), Biker and Fallen Angel. Over the past two decades, his work has appeared in the Toronto Star, The Globe and Mail, the National Post and Maclean’s, as well as in dozens of other publications. 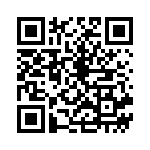