Page 114
give . Where the extremities , the provinces , are suddenly not responding . Instead , they're turning against the cerebral cortex , eating away at the nerve tissue , exploding . First the provinces revolted , then , finally , after far ...
Page 122
“ France is on the other side of the water , too , right ? That's where they speak French . Je parle français , ” Ayiti tells me . Ayiti is beautiful , and mean . He's always threatening to slash my tires if I don't give him money .
Page 281
... by the World Bank is appealing : green hills , displaced peasants gainfully employed in factories in town , rolling plains for agrobusiness that give forth tons of tomatoes and other produce each year ; well - paid farm workers . 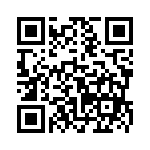