Robert Greene was born on May 14, 1959 in Los Angeles, California. He attended the University of California, Berkeley before transferring to the University of Wisconsin-Madison, where he received a B.A. in classical studies. Before becoming an author, he worked a variety of jobs including construction worker, translator, magazine editor, and Hollywood movie writer. In 1995, he worked as a writer at Fabrica, an art and media school in Italy, and met a book packager named Joost Elffers. Greene pitched a book about power to Elffers and wrote a draft, which eventually became his first book, The 48 Laws of Power. His other works include The Art of Seduction, The 33 Strategies of War, The 50th Law, and Mastery. 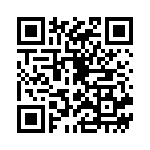