After World War II, Americans began to change their attitude toward the role of consumption in constructing American identity and values. Actively discouraged by the American government during the war ... Read full review

A CONSUMERS' REPUBLIC: The Politics of Mass Consumption in Postwar America

Pop quiz: Patriotism involves (a) giving your life for your country; (b) flying the flag on national holidays; (c) shopping till you drop. If you answered (c), you'll be well prepared to follow this ... Read full review

Lizabeth Cohen is Howard Mumford Jones Professor of American Studies in the Department of History at Harvard University. She is the author of Making a New Deal: Industrial Workers in Chicago, 1919—1939, which won the Bancroft Prize and the Philip Taft Labor History Award and was a finalist for the Pulitzer Prize. She has written many articles and essays and is coauthor (with David Kennedy) of The American Pageant. She lives in Belmont, Massachusetts, with her husband and two daughters. 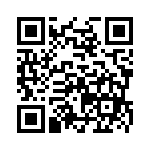