DONALD CREIGHTON (1902-1979) was the outstanding narrative historian of Canada in his era. A long-time professor of history at the University of Toronto, his other books include The Empire of the St. Lawrence and The Road to Confederation. 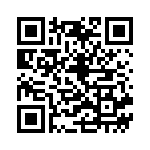