MallarmĂ©: the poet and his circle

Although not a particularly prolific poet--judging by the body of his known and published work--Mallarm had an immeasurable influence on poetry in the latter half of the 19th century and thereafter ... Read full review

Rosemary Lloyd is Rudy Professor of French and Professor of Gender Studies and Adjunct Professor of Comparative Literature and English at Indiana University-Bloomington. She is the author, editor, and translator of several books, including Baudelaire's World, Shimmering in a Transformed Light: Writing the Still Life, and Closer and Closer Apart: Jealousy in Literature, all from Cornell. 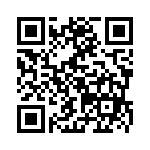