This book explains and explores the field of neuroplasticity, the ability of our brains to change.
It is a well written, not too technical insight into case studies and years worth of research into the history and amazing groundbreaking achievements of people working in the field of neuroplasticity.
This book dramatically altered my perception of the human brain and how it operates and has had ramifications on how I educate my children, and how I think about my own education. It has shown me that the possibility of the human brain to adapt, change and conquer obstacles is near limitless.
A highly recommended book for anyone, especially for those people who want to expand their knowledge on how we humans think and behave. 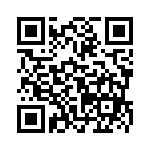