Page 11
By contrast, the amount of nonirrigated land coming into production was
increasing at only 0.7 percent a year.24 Writing in 1976, Dr. Roger Revelle, of the
University of California at San Diego, estimated that some 223 million hectares —
14 ...
Page 389
Edmund A. Leach, Pul Eliya: A Village in Ceylon, Cambridge University Press,
Cambridge, 1961, p. 157. Quoted by Rene Millon, "Variations in Social
Responses to the Practice of Irrigation Agriculture," in Richard B. Woodbury, ed.
Civilizations ...
Page 391
Robert A. Fernea, Shaykh andEffendi: Changing Patterns of Authority among the
El Shabana of Southern Iraq, Harvard University Press, Cambridge, Mass., 1970.
Quoted by McGuire Gibson, "Violation of Fallow and Engineering Disaster in ... 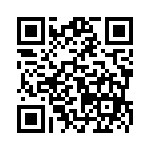