Davis (history, Univ. of Hawaii) and his team of more than 200 contributors (primarily from academia, with a judicious balance of both Chinese and Western experts) have undertaken a bold project to ... Read full review

Edward L. Davis is Associate Professor of Chinese History at the University of Hawai'i. He received his B.A. (1976) in modern European history from Harvard College and both his M.A. (1981) and Ph.D. (1993) in Chinese history from the University of California at Berkeley. He is the author of Society and the Supernatural in Song China (2001) and various articles on the history of the Song and Ming dynasties. He would rather be playing his cello. 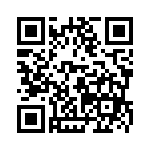