Lou Harry is Senior Editor at Seven Arts Magazine, he has written for dozens of publications, including New Jersey Monthly, Theater Week, and Atlantic City Magazine. 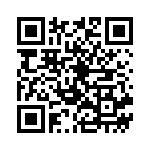