Sheila M.F. Johnston was raised in Stratford, Ontario. She earned a B.A. in English in 1980 from the University of Western Ontario, London. During a 20-year career in arts marketing, Sheila has worked at The Stratford Festival, The Globe Theatre (Regina, Saskatchewan), The Nuffield Theatre (Southampton, England), The Lighthouse Festival Theatre (Port Dover, Ontario), the Grand Theatre (London, Ontario) and the Gateway Theatre (Richmond, B.C.).

Sheila is the author of Buckskin & Broadcloth: A Celebration of E. Pauline Johnson-Tekahionwake, 1861-1913 and Let's Go to The Grand!: 100 Years of Entertainment at London's Grand Theatre, both published by Natural Heritage. Both of Sheila's books celebrate the love she has for Canada's theatre history. She feels privileged to have been associated with Canadian theatre and Canadian theatre artists throughout her career in the arts.

She lives in Richmond, B.C., with her husband, playwright/director/producer Simon Johnston.

A Tuscarora Indian and resident of the Six Nations Reserve in Southern Ontario, Raymond R. Skye has worked diligently to distinguish himself as an artist of talent and ability. Self-taught and self-disciplined, he has chosen the drawing media techniques with which to express his fascination for the real image. His appreciation of wildlife, portraiture, architecture and still life has given him a tremendous range of imagery. He juxtaposes and blends reality and illusion to present views of his passion and romance for history. Much of Raymond's earlier works are reminiscent of the very disciplined developmental period in which he limited himself to pencil and charcoal to conquer line and tone.

Using pastel and watercolour, Raymond enjoys the challenges that art brings him. He readily admits his largest challenge is to find the time to paint as much as he would like to. 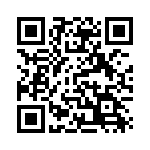