Page 43
... making a show of working with his political opposition , he built up his own apparatus , a kind of cabal of trusted intimates , to conduct foreign policy and maintain contact with and control over the underground movement at home .
Page 46
But almost two weeks later , on July 4 , 1941 , Ivan Maisky , the Soviet ambassador , asked Anthony Eden , the British foreign minister , to act as an intermediary in Polish - Soviet negotiations . The British , who were moving ...
Page 276
Foreign Relations of the United States : Diplomatic Papers , 1939. Vol . 1 , General . Vol . 2 , General , the British Commonwealth and Europe . Washington , D.C .: G.P.O. , 1956 . Foreign Relations of the United States : Diplomatic ... 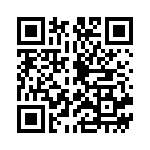