Joan Connor is a professor of fiction writing at Ohio University and a co-director of the University of Southern Maine?s Stonecoast MFA Program. Her third collection of short stories, History Lessons, won the 2002 AWP Award in Short Fiction. A recipient of an Ohio Arts Council Grant and a Pushcart Prize, Connor is also the winner of the John Gilgun Award and the Ohio Writer Award in fiction and nonfiction. 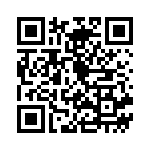