John Herbert Roper is Richardson Professor of History at Emory and Henry College in Virginia. His books include Paul Green, Playwright of the Real South and C. Vann Woodward, Southerner (both Georgia). 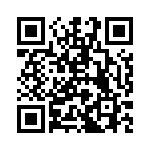