Page 15
WEDNESDAY, JUNE 22, 1960 United States Senate, Committee on Foreign
Relations, Washington, D.C. The committee ... Present: Senators Fulbright, Green
, Sparkman, Mansfield, Lausche, Church, Hickenlooper, Wiley, Aiken, and
Carlson.
Page 16
AMISTAD DAM'S RELATIONSHIP TO FALCON AND ANZALDUAS DAMS
Senator Green. Well, there is a dam there already, is there not? Mr. Osborne. Not
at this point; no, sir. Senator Green. But there are other similar dams, are there
not?
Page 17
Congress. Senate. Foreign Relations. COSTS OF THE DAM Senator Green.
What are the respective rights of the U.S. Government and the State of Texas
government in this matter? Mr. Hewitt. In that connection, Senator, the cost of the
dam is ... 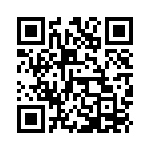