Adrienne Shadd is the co-author of We're Rooted Here and They Can't Pull Us Up: Essays in African-Canadian Women's History and The Underground Railroad: Next Stop, Toronto! She was the curator for exhibits on African-Canadian history in Toronto, Hamilton, Chatham, and Dresden, and recently worked on the travelling exhibit. 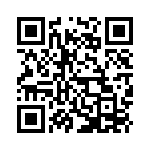