Page 32
This correspondence is due to the fact that the entities concerned can be
considered, in certain respects, as 'systems', i.e., complexes of elements standing
in interaction. The fact that the fields mentioned, and others as well, are
concerned ...
Page 51
This seems to be plausible enough and is, in fact, but a modern version of Plato's
precept that only if the rulers are philosophers, will humanity be saved. There is,
however, a catch in the argument. We have a fair idea what a scientifically ...
Page 117
The problem, however, is larger than errors in fact or interpretation or even the
question of the merits of Marx's, Spengler's or Toynbee's theories; it is whether, in
principle, models and laws are admissible in history. A widely held contention ... 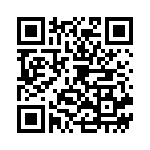