Roberto Harari, Ph.D., has been a psychoanalyst in Buenos Aires since 1965. He is a charter member and former President of Mayica-Institucisicoanalca. Since 1986, he has directed the Freud-Lacan Collection in Ediciones Nueva Visi. Harari has published more than 200 articles in international magazines, and is the author of sixteen books. Several have been translated into French and Portuguese. 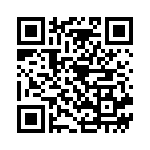