Page 53
In his public appearances , Yeltsin tried to maintain the bluff and vivid image of
his days in opposition , but his health , the ... His speech was garbled and
aimless , his gait that of an infirm retiree ; at more than one public occasion ,
Yeltsin's ...
Page 76
Yeltsin was furious . “ Many of those on television asked why I was remaining
silent , and they demanded that I address the country , ” Yeltsin would say later . “
At that moment , however , I had a far more important job to do , and speeches ...
Page 277
Yeltsin looked foolish . “ He was utterly humiliated , and that could lead only to
disaster , " Pain said . Kovalyov , Yeltsin's human rights commissioner , who was
one of the most vocal opponents of the war , told me he thought that the
president's ... 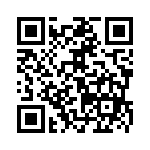