ELIZABETH CHESNEY ZEGURA is Associate Professor of French and Italian at the University of Arizona. Her previous books include The Countervoyage of Rabelais and Ariosto (1982) and Rabelais Revisited (1993). 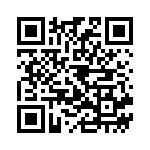