Physicist Max Jammer (1915-2010) was a close colleague of Albert Einstein's and a lecturer at Princeton University. He also taught at Harvard University, the University of Oklahoma, and Boston University before establishing the Physics Department at Bar-Ilan University in Israel, where he also served as Professor, President, and Rector. 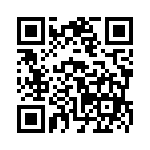