Diana Lobel is Associate Professor of Religion at Boston University. She is the author of Between Mysticism and Philosophy: Sufi Language of Religious Experience in Judah Ha-Levi's Kuzari. 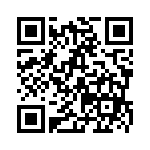