Page 237
Virgil is less talked of than Pope , and Homer is less talked of than Virgil ; but they are not less admired . We must read what the world reads at the moment . It has been maintained that this superfetation , this teeming of the press ...
Page 364
“ I have lately visited a region less remote , and less illustrious than India , which afforded some occasions for speculation . What has occurred to me , I have put into the volume , of which I beg your acceptance .
Page 519
Mrs. Kennicot , in confirmation of Dr. Johnson's opinion , that the present was not worse than former ages , mentioned that her brother assured her , there was now less infidelity on the Continent than there had been ; Voltaire and ... 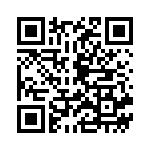