Eugene Ionesco, born in Romania in 1912, is known as the father of the theater of the absurd. He grew up in France and Romania, settling in France in 1939. His first play, The Bald Soprano, satirized the deadliness of life frozen in meaningless formalities. Some of his other important plays include The Lesson, The Chairs, Rhinoceros, and Hunger and Thirst. His novel Le Solitaire was the basis for the 1971 film La Vase in which Ionesco played the lead. Eugene Ionesco was elected to the Academie Francaise in 1970. He died in 1994. 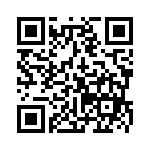