Page 190
... comparing the analysed situation with which you are trying to deal with other
unanalysed situations which other people have dealt with elsewhere, and at
other times. Probably the most consistent, thorough-going and comprehensive
attempt ...
Page 194
It shows, therefore, how the attempt to clarify the aim of the executive is in
practice inextricably involved with the second approach which, as I said above,
the scientist has to make to his primary task of discovering what he ought to
investigate.
Page 239
The classical example of an attempt to use some of these methods to forecast
future technological developments is Herman Kahn and Anthony J. Wiener, The
Year 2000, Macmillan, N.Y., 1967, and revised, Futures, Hudson, 1972. They
need ... 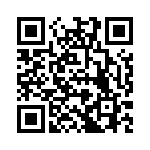