Frederic William Maitland (1850-1906): late Downing Professor of the Laws of England in the University of Cambridge, arguably the greatest of all British historians, and a major voice in political theory.

David Runciman is a university Lecturer in Political Theory at the University of Cambridge and author of Pluralism and the Personality of the State (Cambridge University Press, 1997).

Magnus Ryan is a lecturer in Late Medieval Studies at the Warburg Institute, London, and a Fellow of All Souls College, Oxford. 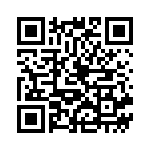