James Harvey is the Executive Director of the National Superintendents Roundtable and a doctoral student at Seattle Unviersity. He is Senior Fellow at the Center on Reinventing Public Education, University of Washington, and was a member of the Danforth Forum’s advisory board. Earlier he served in the Carter administration and on the staff of the Education and Labor Committee of the U.S. House of Representatives. He helped write A Nation at Risk (1983) and, co-authored A Legacy of Learning with David Kearns, former CEO of the Xerox Corporation (Washington: Brookings Press, 2000).

Nelda Cambron-McCabe is a professor, Department of Educational Leadership, Miami University, Ohio. She was an advisory board member and a coordinator of the Danforth Foundation Forum for the American School Superintendent. Her recent publications include co-author with McCarthy and Thomas, Public School Law: Teachers’ and Students’ Rights 5th ed., (Needham, MA.; Allyn & Bacon, 2004) and co-author with Senge, Lucas, Smith, Dutton, and Kleiner, Schools That Learn (New York: Doubleday, 2000).

Luvern L. Cunningham, Ed. D., University of Oregon, has served in administrative and teaching roles from K-12 through graduate school over more than four decades. A member of the Danforth Forum advisory board, his specialties are educational leadership, the school superintendency, educational governance, inter-institutional collaboration and inter-professional education and practice. He served in university professorships at Chicago, Minnesota and Ohio State and, for several years, as Dean of the College of Education, Ohio State University.

Robert H. Koff directed the Center for Advanced Learning at Washington University, St. Louis. He previously served as Senior Vice President of the Danforth Foundation, Dean of the School of Education, SUNY at Albany, and professor of education at Stanford University. He served on a number of state and national advisory bodies at the invitations of Governor Mario Cuomo and President Carter and provided editorial advice to journals such as the Journal of Educational Psychology. 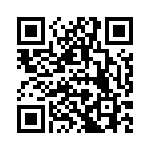