If you're investing in the stock market, you should start with this book. Hands down. It compares the long term performance of index investing to managed or mutual fund investing. The statistics and ... Read full review

John Clifton Bogle was born in Montclair, New Jersey on May 8, 1929. He received a bachelor's degree in economics from Princeton University in 1951. After graduation, he was hired by the Wellington Fund, a Philadelphia-based fund management company. He was named president of Wellington in 1967. He founded the Vanguard Group of Investment Companies in 1974. In 1976, he founded the Vanguard Index Trust, the first index fund for individual investors. In 1977, he started selling mutual funds directly to investors rather than through brokers, thus eliminating the sales fees. He officially stepped down as chief executive of Vanguard in January 1996 and remained as chairman until the end of 1999. He wrote several books including Bogle on Mutual Funds, Common Sense on Mutual Funds, and The Clash of the Cultures: Investment vs. Speculation. He died from esophageal cancer on January 16, 2019 at the age of 89. 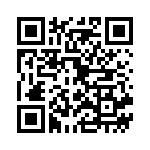