Dr. Jayne Elisabeth Archer is lecturer in Medieval and Renaissance Literature in the Department of English Literature, Aberystwyth University. She is an Associate Fellow of the Centre for the Study of the Renaissance, University of Warwick, where she spent four years as AHRC postdoctoral Research Fellow on the John Nichols Project. She is co-editor of The Progresses, Pageants, and Entertainments of Queen Elizabeth I (Oxford: Oxford University Press, 2007), and has published articles on Elizabethan and Jacobean masques, early modern women's receipt books, and alchemy in early modern literature. She is currently working on a book-length study of the relationship between housewifery and natural philosophy in early modern literature.

Dr. Elizabeth Clarke is Reader in English at the University of Warwick. She is author of Theory and Theology in George Herbert's Poetry (Oxford University Press, 1997) and has just finished a study in versions of the Song of Songs in seventeenth-century England. She was director of the Perdita Project for early modern women's manuscripts and is currently directing a British Academy-funded project on the life-writing of Elizabeth Isham (1608-1654).
Dr. Elizabeth Goldring was a Research Fellow in the University of Warwick's Centre for the Study of the Renaissance and is now an Associate Fellow of both the Centre and Warwick's History of Art Department. She is co-editor of two essay collections - The Progresses, Pageants, and Entertainments of Queen Elizabeth I (Oxford University Press, 2007) and Court Festivals of the European Renaissance: Art, Politics and Performance (Ashgate, 2002) - and associate general editor of Europa Triumphans: Court and Civic Festivals in Early Modern Europe (Ashgate, 2004). Other recent publications include articles in The British Art Journal, The Burlington Magazine, and ELR: English Literary Renaissance. She was Consultant to English Heritage for the exhibition 'Queen and Castle: Robert Dudley's Kenilworth', which opened in 2006. 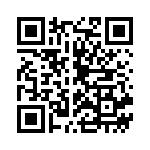