Page 57
42 But one gets the impression that it was his fate to become a doctor , that he
had little if any choice in the matter , and that he tried to escape an inexorable
fate by thinking of other professions rather than that he really started “ life with a ...
Page 58
B . B . C . interview , when he was over eighty , that it was difficult indeed for his
ego to realize what a great doctor he was or that , from the beginning , he had
really had no choice but to follow his vocation , which was just as “ divinely ...
Page 277
His own physician , Dr . Jakob Stahel Sr . , who was the very pattern of the old
family doctor , was away , but his son , then a very young doctor , came at once
and diagnosed quite correctly that Jung had broken his fibula . He insisted on
Jung ... 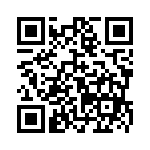