Writing a book to promote one's view of a occurrence is one thing: But present both sides if you wish to be believed. Many errors and falsehoods are included in the book. I checked out some of his ... Read full review

Rising from the rails: Pullman porters and the making of the Black middle class

Tye (Home Lands: Portraits of the New Jewish Diaspora) takes us on a long ride on the rails as he follows the lives, experiences, and aspirations of black Pullman porters from their early days working ... Read full review

LARRY TYE has been an award-winning journalist at The Boston Globe and a Nieman Fellow at Harvard University. He now runs a Boston-based training program for medical journalists. He is the author of the New York Times bestseller Satchel, as well as Bobby Kennedy, Superman, The Father of Spin, Home Lands, Rising from the Rails, and co-author, with Kitty Dukakis, of Shock. He lives in Massachusetts. 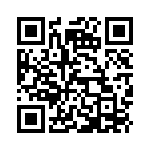