The main idea of the book is that you should try to materials the ideologies that people demand based on the social changes, and implement them in your brand. Although the idea sounds new, the book is not very well-written.
Loads of pages are repetitive and the authors are just bragging about how their perspective is superior to the other marketing and branding methodologies. At least half of the book could be removed. The majority of the text is about what the authors want to say rather than what the reader needs to know.
I believe the idea of the book is quite unique and inspiring. What I personally didn't like the most was that the books over-tries to sell the model by completely ignoring the values of the other models. 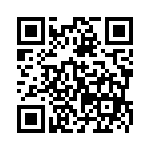