Charles Matson Odahl is Professor of Ancient and Medieval History, and Classical and Patristic Latin at Boise State University. His main research interests are Cicero and the late Republic, early Christianity, and Constantine and Late Antiquity. Previous publications include fifteen articles on Constantine and a textbook on Early Christian Latin Literature (1993). He has travelled extensively in Europe and the Mediterranean basin examining extant texts, coins, monuments and historical sites of the Constantinian era. 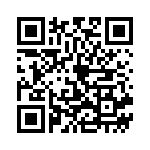