Page 76 - Sigh no more, ladies, sigh no more, Men were deceivers ever ; One foot in sea, and one on shore ; To one thing constant never : Then sigh not so, But let them go. And be you blithe and bonny ; ' Converting all your sounds of woe Into Hey nonny, nonny.
Appears in 634 books from 1783-2008
Page 123 - Ecstasy! My pulse, as yours, doth temperately keep time, And makes as healthful music. It is not madness That I have utter'd : bring me to the test, And I the matter will re-word, which madness Would gambol from. Mother, for love of grace, Lay not that flattering unction to your soul, That not your trespass but my madness speaks; It will but skin and film the ulcerous place, Whiles rank corruption, mining all within, Infects unseen.
Appears in 721 books from 1745-2008
More
Page 124 - tis not to come ; if it be not to come, it will be now ; if it be not now, yet it will come ; the readiness is all ; since no man has aught of what he leaves, what is't to leave betimes?
Appears in 942 books from 1709-2008
Page 105 - You taught me language; and my profit on't Is, I know how to curse : The red plague rid you, For learning me your language ! Pro.
Appears in 867 books from 1709-2008
Page 142 - ... reason and my blood, And let all sleep, while to my shame I see The imminent death of twenty thousand men, That for a fantasy and trick of fame Go to their graves like beds, fight for a plot Whereon the numbers cannot try the cause, Which is not tomb enough and continent To hide the slain ? O, from this time forth, My thoughts be bloody, or be nothing worth ! \Exit.
Appears in 609 books from 1733-2008
Page 141 - To assume a pleasing shape; yea, and perhaps Out of my weakness and my melancholy, As he is very potent with such spirits, Abuses me to damn me. I'll have grounds More relative than this: the play's the thing Wherein I'll catch the conscience of the king.
Appears in 855 books from 1784-2008
Page 156 - Heaven— I'm in Heaven— And my heart beats so that I can hardly speak; And I seem to find the happiness I seek When we're out together dancing cheek-to-cheek.
Appears in 67 books from 1927-2008
Page 156 - Subtle as Sphinx : as sweet and musical As bright Apollo's lute, strung with his hair: And when Love speaks, the voice of all the gods Make heaven drowsy with the harmony.
Appears in 209 books from 1788-2008
Less

Samuel Crowl is Trustee Professor of English at Ohio University where he has taught since 1970. He is the author of two books on Shakespeare, as well as numerous essays, articles, reviews, and interviews on all aspects of Shakespeare in performance. He has been honored many times for outstanding teaching and has lectured widely on Shakespeare at universities and conferences here and abroad, including the Shakespeare Institute and the International Globe Center. 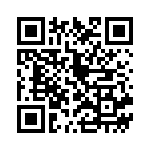