Page 9 - Yet, Mr. President, as I heard his eloquent description of wealth and glory and commerce and trade, I listened in vain for those words which the American people have been wont to take upon their lips in every solemn crisis of their history. I heard much calculated to excite the imagination of the youth seeking wealth, or the youth charmed by the dream of empire. But the words, Right, Justice, Duty, Freedom, were absent, my friend must permit me to say, from the eloquent speech.
Appears in 22 books from 1910-2005

John E. Moser is assistant professor of history at Ashland University. He is the author of Twisting the Lion’s Tail: American Anglophobia Between the World Wars (NYU Press, 1998) and Presidents from Hoover through Truman, 1929-1953. 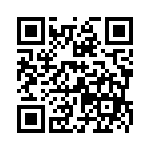