Judith Mattson Bean is associate professor of English at Texas Woman's University in Denton and has published numerous articles on Fuller.

Joel Myerson, Carolina Distinguished Professor of American Literature at the University of South Carolina, has published the standard primary and secondary bibliographies of Fuller. A past president of the Association for Documentary Editing, the Thoreau Society, and the Ralph Waldo Emerson Society, he is currently president of the Margaret Fuller Society. 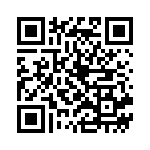