This is the best (so far) of the books I’ve been reading about the Black Death. Author Robert Gottfried writes a simple and straightforward account, in the process making a point that others have ... Read full review

"The Black Death" is approachable, contains a lot of interesting stories which put the plague in context, and is informative. I was a little surprised at how much I liked it. Some of its more ... Read full review 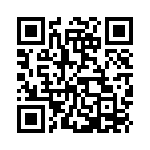